Everything that happens, happens for a reason

“Let these photos stay within our memories, and remind us of starting something new & great!” – as said by Oskars Veveris, the main “landlord” of our well-known German shepherd dog training field.
This is something that every German shepherd dog (and many other dog breed) owner can agree with – this is history that’s been in the making for 10 years. We’re fairly safe to assume that pretty much every dog+owner has been in the so-called “Solvita’s field” in Katlakalns “Ādiņas”. Some to do exams, some for training, some for simply socializing w/ other dogs. This all was amazing – huge thanks to OSKARS and SOLVITA.
The old field’s “era” is now over, but – don’t fret – there’s a NEW ONE COMING SOON! So meet you there!
Solvita isn’t saying her goodbye’s – she, as always, has something to say about German shepherd dogs (& and their owners).
“A MATTER OF THE HEART. That is the sentence that ties together all the people in this photo (editor note: & also those actually making the photo). And the best fluffy furry friends – German shepherd dogs.
Yesterday’s dog show results once again proved the formulae of “super teamwork + careful dog breeding/selection = success all around”.
6 generations of Solo Rigoletto dogs, starting with 11-year old Roxanna and finishing with the baby class representative Alhambra, participated in the LAGSAK organized dog show. Roxanna – senior BIS2, Alhambra – BIS1 baby. Also, Boss BIS2 veteran, Jessica – best working dog, Yorika – BIS1 and junior BIS1. BIS rings were also participated in by Zuri, Yara, Quelle, and many other dogs participating in their own classes/rings also got the highest evaluations possible (+ champion candidate certificates). For those who don’t know – BIS is the best in show ring. It’s a ring where participants fight tooth and nail for the best dog in the whole show, and not just between German shepherds only – between all the dog breeds.
Solo Rigoletto – best breeder in the breeder’s competition. Altogether 22 Solo Rigoletto dogs participated from 12 separate sires and 10 mothers (other breeders – do note!). In dog breeding/selection there’s no such thing as luck. It’s all the result of long and complicated work. And – most important – the team, the people on which you can rely on.
LAGSAK was the last dog show in our field, which will soon be used for construction of new housing. So we really tried to do a proper send-off for it.
Thank you & let’s continue our successes! Temporarily training work will be held in the Titurga old stage (close to the old field), but – work on a new, larger & more modern field has already begun. Thanks to many kind people, I’m quite  sure that Ķekava county will have a new & great dog training field soon!” 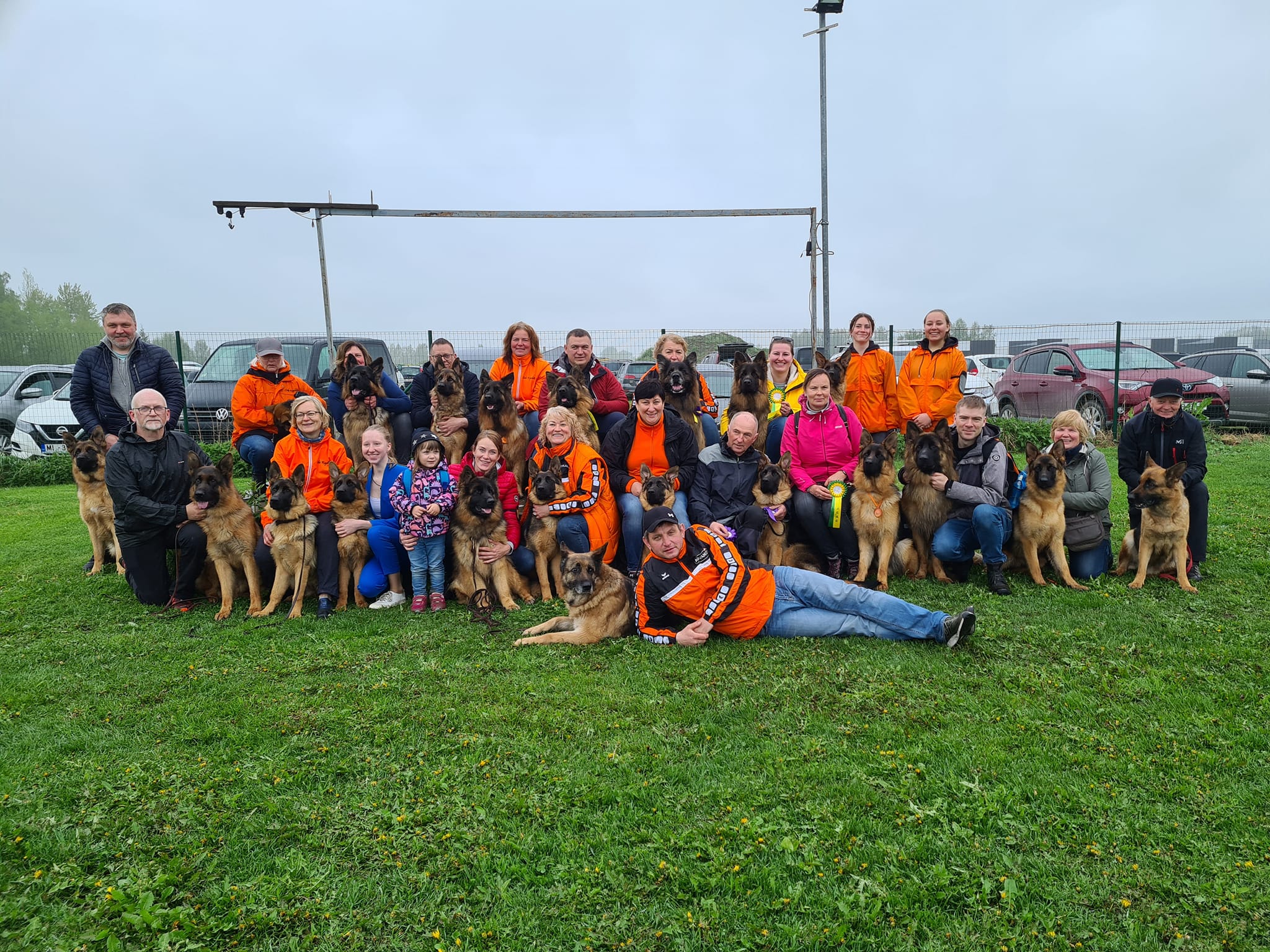